Throughout this semester, I am observing at Hannah Gibbons Cleveland Metropolitan School District, in a third-grade classroom with Mrs. G. I have fully enjoyed my experience there so far, and I have learned so much about not only effective teaching but how to develop relationships with your students while promoting a positive, differentiated classroom. My cooperating teacher, Mrs. G, is an educator who truly cares for her students and would love to assist each student, who is different, to reach a point in their learning they never thought they could reach before. I have noticed how the students’ behavior has frustrated my cooperating teacher because majority of the day they do not listen to her instructions, they do as they please. It seems as if they enjoy being yelled at. One specific example of when they did not show respect to Mrs. G was when she continued to yell at two students who would not stop talking back to each other while she was trying to talk to the entire class. Then, those specific students proceeded to roll their eyes at Mrs. G when she threatened to take away their recess time if they would not listen. These interactions I am observing are teachable moments for myself, as a soon to be teacher of my own classroom.

It is absolutely sickening when students do not listen to their teachers and talk back to their teachers, because in the end, Mrs. G is there for her students and only wants the best for them. I believe the only way to get them to listen is to threaten taking things away, such as taking gym class or recess or making them come in early to sweep the classroom which should not even be an idea of a teacher, but it has works in her classroom. That being said, I observed when one student came in early before school and swept the classroom due to his repeated misbehaviors in the classroom the previous few days. The lack of respect that Mrs. G receives on a daily basis is something that hinders each students’ overall learning and development.

I have been able to witness how much of an impact, positively and negatively, technology can be in the classroom. For example, the morning routine of Mrs. G’s classroom begins with morning bell work which is usually copying down the sight word list for the week and then putting each word in a web. Once morning work is complete, English Language Arts instruction begins. This is when she splits her classroom into different centers. She has one group continuing to work with the sight words, while others are working on writing their two paragraph essays. If they finish those activities, they are able to work on the iPads. However, sometimes one center is working on the iPads. On the iPads, students are mostly working on Seesaw, which is an application where students take pictures, draw, record videos and more to capture learning in a portfolio. This application is used for all subjects. Mrs. G sometimes posts worksheets on this site and each student signs into their account on their iPad and completes the activities she posts. This is what Mrs. G’s page looks like on her computer.

I have noticed when students are told to go on the iPads, they do not enjoy being on Seesaw. They tend to go on Math Playground or cool math games. This use of technology throughout centers scares me because students would rather be on the iPads playing games, rather than doing educational subjects and sometimes they do get away with it.

Another piece of technology that is present in the classroom is the 6 desktop computers they have in the back of their classroom. These desktop computers have been used for online benchmark assessments, typing their essays they have written, or playing games. They also use the computers to go on Moby Max, which is educational math games. The AIMs Web Benchmarking is what I saw done by one student. She was being tested on her vocabulary and fluency. She also had headphones on. The headphones are provided to the students, none of the students are required to bring any type of technology accessories to school.

The next major technology device that is used is Mrs. G’s desktop computer presented on a smart board through a projector. Majority of the time, she is using the projector to show Class DoJo which is an online behavior management system intended to foster positive student behaviors and classroom culture. Students earn ‘Dojo Points’ based on their classroom conduct, and students are constantly checking what their scores are. They enjoy the aspect of competition between their peers, however sometimes this behavior management system does not work with students who enjoy being yelled at because of attention. Mrs. G also uses Class Dojo to keep parents up to date on student progress and classroom happenings. This is a screenshot of Mrs. G’s screen, which shows a character for every student’s name and their total ‘Dojo Points.’ The names are covered for confidentiality.

Through my conversations with the students, I have come to realize that phones are not the biggest part of their life, like it would be to any other 3rd/4th grader. These students are not given everything they want. One student who I was talking to, in specific, said she is only allowed to use her phone to call her mom and grandma. She does not play any games on it because her mom told her, “we do not have the money to do that.” On the other hand, I spoke to another boy in the class and he said he uses his phone as soon as he gets home from school. He uses it for Instagram, YouTube and TikTok. He says he probably watches at least 25 videos of other people playing video games. He told me he watches sports, video games and fights. He said the reason he watches fights is because he needs to “know how to run away from fights.”

Almost every day, Mrs. G is telling a student to put their phone away, and in their cubby, rather than keeping it on them in their pocket. Some students do not even have a phone. Technology is an essential aspect for not only teachers to know how to use, but it is becoming an aspect of education for students to learn. In schools, like the one I am in, do not have all of the funds for each and every student to have an electronic device twenty-four seven. Therefore, problems can come along with technology in a classroom. Sometimes students learn best from doing and clicking therefore it is essential to have the option of technology use, which Mrs. G does, just not for every student at all times.

Dalton states in the article titled, “Multimodal Composition and the Common Core State Standards” that, “we live in a multimodal world where being an effective communicator involves composing with media” (Dalton 336). Educators are incorporating technology within their classroom, if the funds allow to, and the students can interact with that given technology component but are failing to offer their students the opportunity to compose with media and create something from scratch and something where they can show their creativity. For example, since they enjoy watching YouTube videos or going on Instagram, you could have students work in small groups to create a YouTube video of them reading a story. This can then be played back, and the students can build on their fluency of reading while listening and watching their videos. From that point, they could combine different stories from their peers to create a digital story discussing their stories they read.

Producing digital stories within small groups can be very beneficial for these students. There are hardly ever times where these students are working in small groups, this is not because Mrs. G does not think it is a good idea it is because their behaviors and choices they make are not appropriate for the entire classroom, so that privilege is taken away and not considered an option. When these students work together, they get off task and do not know how to perform. I try to articulate to students when they complain about not being able to work with their friend that if they show good behavior and listen to Mrs. G’s direction that they could receive the privilege back. However, for now, Mrs. G does not believe it could be done because it is hard enough to talk to one student. Dalton also emphasizes the point that students must learn how to work with one another, and this is an action that needs to be strengthened in Mrs. G’s classroom. He states that, “… part of the teaching and learning in digital designers’ workshop centers on learning how to be a contributing member of a creative partnership” (Dalton 336). Creating a digital story first begins with working effectively with one another, and this is instrumental to creating any type of content in their digital story that they can reflect upon.

Implementing digital story telling needs to begin with gaining the students’ interest first. It must capture their attention in order for them to best showcase their talents through technology. With the component of student choice within the idea of digital storytelling, the students realize that their work will have meaning to them in their education and overall life. It is obvious that in Mrs. G’s classroom that she is allowing students to use their technology to showcase their knowledge while also showing their creative side. Nicholas E. Husbye, et al. states that, “… the nature of writing has changed: technology allows even the youngest learners to create digital texts combining drawing, writing, sound, and animation in ways never before possible” (Husbye, et al. 82). Even at the young age of these third graders, they are able to make digital stories that connect to their lives while pertaining to what they are learning in school. I believe digital story telling could also promote and add structure to Mrs. G’s classroom community. As soon as the day begins, students could get out their iPads and continue to work on their digital stories with their small groups. It will allow them to become excited to come into school every day and continually strive to make their digital stories how they would like to look, with their peer’s assistance. Tying students’ interest, importance of routine, technological capabilities, and educational content can create a more engaged group of students who are excited to delve into a deeper level of learning.

All of our work 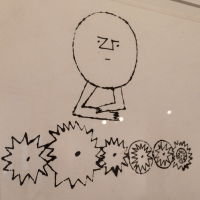 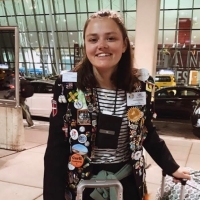 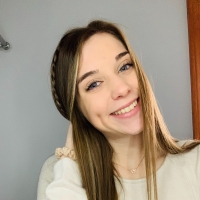 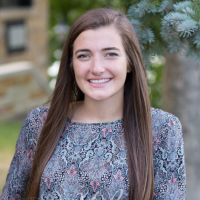 To continue to discover the power & beauty of education.

Kayla's Blog: Thoughts from a Teacher in the Making
Josie's ED 386 Blog

Exploring Technology in the Classroom

Hello, my name is Abigail! This is my blog for my ED 386: Educational Technology class.

ED 386 Educational Technology in the World